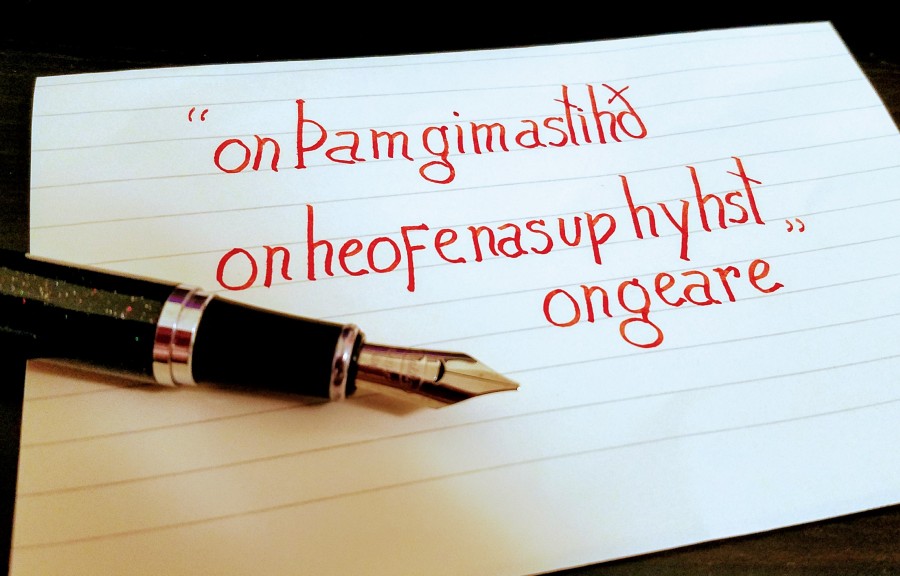 The Summer Solstice approaches. This should be going out on the day before, but if you live ahead of EDT(US) then you may already be in there. If so, happy solstice! If, like me, you’re still waiting, happy solstice eve! The difficulty with the solar festivals, for me, is how exactly to celebrate them. Halloween, Yule, I know how to celebrate those. So, often, the solstices and equinoxes don’t get the same pomp and circumstance in my house. I wanted to change that this year.

This decision isn’t entirely spiritual. My mom’s in the hospital. She’s been in and out of the hospital since the beginning of May. Basically, if you’re playing at home, the kidney disease that usually comes, eventually, to diabetics came to my mom, the diabetic. She’s recovering fairly well after an acute kidney failure, and she should be fine. The problem now is that she’s accumulated a lot of excess fluid that’s stressing her heart and lungs and kidneys, so the doctors are trying to get that out without messing up her kidneys again.

Now, why do you need to know that? You don’t, I suppose, not really. I did tell myself, when I started up this blog (as opposed to the many others I’ve had over the years), that I’d try to be a little more personal. So there you go. I’ve been scared, and bored, and stressed out, and angry, and numbed, in turns. My family behaves like my mom’s at death’s door, but still don’t visit. Meanwhile, they always manage to ask if I’m in her hospital room, or how long I’m staying at home, because as a teacher I obviously have nothing else to do during summer break, right? That’s sarcasm, I’m busier than I was during the semester. I don’t begrudge my mother my time and effort; she needs it, I have it. The one thing about summer break is that my schedule is flexible. I may be busy, but I can be busy in a hospital room. I just begrudge family members their assumption that I can drop everything when they can’t be bothered to take a trip down the road.

Naturally that doesn’t apply to everyone. Imagine family members reading this, right? If you’ve made some effort, it’s probably not you I’m talking about. Also, uh, surprise, I’m not Christian? Really you saw it coming, I think.

Yes, like so many other displaced spiritual people, I have a family that would freak out if they knew I was celebrating Alban Hefin.

Oh, segue! Alban Hefin is the name for the summer solstice in contemporary Druidry. Doreen Valiente didn’t bother to provide names for the solar festivals, simply referring to them as the solstices and equinoxes. She did, however, claim that they were the “releasing of the new cosmic tide at each quarter of the year, and the Greater Sabbats are its culmination, mid-point, or perfection.” I’m not sure entirely what to do with that, but culturally, at least, I’ve been trained to take the “Greater Sabbats” more seriously, so there’s that at least.

If the summer solstice begins a new current, and the following festival marks its completion, that would mean we’re heading toward Lughnasadh. It’s a harvest festival, and I’m always busy writing and planting all summer long, so that works. So let’s call the summer solstice a time to celebrate what we’re working on.

It’s also the time of the longest sun. The summer solstice is when the Oak King is crowned, to reign over the latter part of summer and the beginning of winter. Some versions of the symbolic play portray the Oak King losing a fight to the Holly King, while others portray the Oak King’s crowning and the birth of the Holly King, who will go on to depose the Oak King at the winter solstice. That one is more pleasant to me because I don’t want to think about summer ending in June! However, I can’t shake the Holly King’s victory from my mind, these past few weeks. All the pagan festivals are meant to remind us that time passes. I certainly don’t necessarily welcome a reminder like that while my mom’s still in the hospital, but there it is anyway. If you’re putting together something for your own home celebration, though, choose whichever works best for you.

So far, so unfocused! I still had no idea what to do. I imagined putting on a pantomime in the backyard, but who would be the Holly King? My dog? She’s too small, though she certainly likes blankets on cold winter days when we’re stuck indoors with her all the time. I could make @pontifus do it when he visits, but that would delay things, and also he would beat me up for suggesting it.

So there I am, on the day before the day before the solstice, in my mom’s hospital room, reading twitter, as one does. Do you follow @ClerkofOxford? I think you should. She posted this about time and seasons, and I discovered something very useful for my personal plight in there. This post on the Anglo-Saxon summer has a lot of fun and interesting things, but I found myself attracted to the poetry from the Menologium. I’m going to copy the relevant parts here, but you should read her entire post if you find yourself interested at all. I studied Old English a bit in graduate school, but she provided a translation too, thank goodness.

[June], in which the jewel climbs up
into the heavens highest in the year,
brightest of stars, and descends from its place,
sinks to its setting. It likes then to gaze longer
upon the earth, the fairest of lights
to move more slowly across the fields of the world,
the created globe.

That is a remarkable bit of poetry about the midsummer sun, and even better for ritualists, it’s short! In coming years I may decide to adapt it privately. You should always feel free to adapt any ritual verse you plan to use, unless there’s some chance of sending the demon into your sock drawer instead of the crystal. For celebratory ritual I think we’re safe.

I have an ongoing problem with the now fairly standard verse surrounding pagan festivals. I just don’t like much of it. I don’t want to denigrate it, I just don’t find it useful or stirring, personally. Feel free to link suggestions! I’m particularly averse to Valiente’s poetry, and it’s very popular with this sort of thing. One of the concrete things I can point to is that I don’t like poetry of any kind that’s too “on the nose.” Even if it’s for a ritual, I really don’t want to be saying “we’re here to do this thing.” Let’s just do this thing!

So I’m always very happy to find something useful. If it’s in Anglo-Saxon or another tradition-appropriate language, even better. Eventually I suppose I should suck it up and write my own, but I don’t have the time this year.

So that just really provides some things to say. What else could I do? Well, tomorrow I’m buying mead if there’s any to be had nearby. If not, I have wine. I’m going to tend the garden, and try not to get pricked by the pumpkins (again). I’ve told my mom in advance I’m taking the day off from keeping her company, and she says that’s ok. I still may go anyway. I guess the one thing that’s true about the summer solstice is that there will be plenty of daylight. (EDIT: I realize I should mention that going to the hospital takes about forty-five minutes one way. If it were closer, I would have no qualms doing everything in a day.)

In an old interview I listened to today, a much cleverer blogger than I said that your religion should do more than just exclude people and make you feel good. I suppose my ritual will only be making me feel good. His words stuck with me, and so I suppose that’s why I dusted off the old blog scrying device and wrote this post. Maybe the account of a messy, emotional blundering toward a personal celebration can help you out, too. Certainly the immense OBOD celebration at Stonehenge, or even the carefully scripted and beautiful ceremony by the local coven, can convince us that we’re a bit shit at this.

If you find that’s true, as I do sometimes, remember we’re all making this up as we go along. If we weren’t, then it wouldn’t do us as much good, I think.

The Order of Bards, Ovates and Druids Druidry.org

One thought on “The Summer Solstice and Anglo-Saxon Poetry”